The financial and living condition of poor families have always created many problems for them. In these situations, female breadwinners and their families are among vulnerable communities that face many different challenges such as financial problems, health issues, and malnutrition. Lack of proper jobs for these women, not having any professional experience, illiteracy, lack of physical power due to malnutrition, and negligence have caused these families numerous problems.

The women and mothers who are forced to carry the weight of their lives and their children’s lives on their shoulders are “present-day Hajars”.

On the other hand, many ancient national and religious traditions in societies attract huge amounts of funding every year, while directing these funds towards reducing and eliminating social problems can resolve many of them and help create a healthier society. Each year, the Hajj is performed to cleanse the faithful spirits and relieve them from terrestrial barriers. However, many hajjis spend large amounts of money which is contradicting to the nature and essence of this ritual. “Safa-e-sa’y” program introduces female breadwinner to hajjis as the “present-day Hajars”, who are struggling to protect  their children day and night. The goal is to reduce the challenges that these mothers face and remedy their broken hearts. 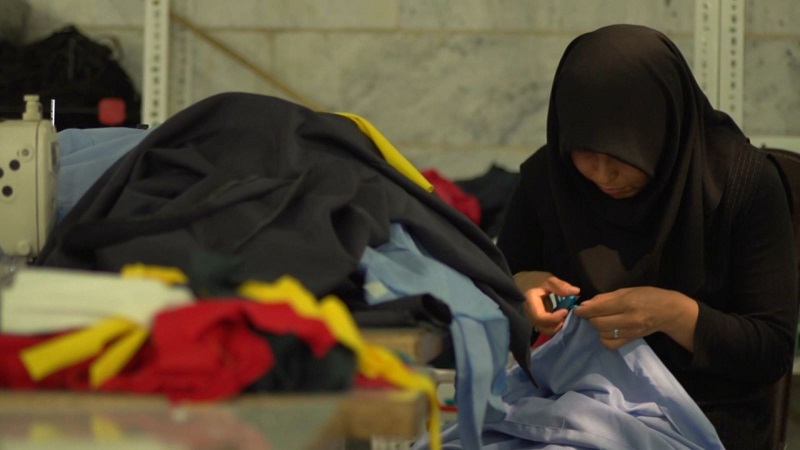 The “sa’y” between Safa and Marvah is one of main rituals in Hajj. Safa and Marvah are two hills where Hajar, Abraham’s wife, ran back and forth to quench her child’s thirst, but found nothing but mirage. Eventually, after all the struggles, a fountain arose from under her child’s feet. She ran between these two hills seven times, in hope of finding some water for her child, Ishmael. One of rituals in Hajj is that hajis run between these two hills seven times. It is a symbol of Hajar, a mother, struggling to find water for her child’s survival. The “Safa-e-sa’y” idea is designed by Mr. Sharmin Meymandinejad to relate the Safa and Marvah ritual in Hajj to social issues of women and mothers who, in spite of all difficulties, carry the life responsibilities on their shoulders and stand heroically in front of all the complications to live an honorable and healthy life. The “Safa-e-sa’y” plan attempts to reduce female breadwinners’ problems and empower them to be able to defend their rights in the society and continue living a healthy life by introducing them as present-day Hajars and creating a social function for the Hajj rituals.

Methods of performing the plan

This idea is performed every year during the Hajj season. To carry out the plan, student volunteers start to investigate and identify female breadwinner from months ago and determine their needs (such as housing, occupational, educational, healthcare, insurance, financial, and living appliances needs). Meanwhile, they introduce the plan to Hajj groups. They prepare pamphlets containing “Sa’y” prayers which also contains stories and needs of these women and distribute them among Hajj groups. Then hajjis can cooperate with Imam Ali Society upon returning and help reduce the difficulties of female breadwinner with the help of student volunteers.