Imam Ali Popular Students Relief Society is a fully independent, non-political and non-governmental organization which was officially registered with registration number 19061 in the year 1999, and has been continuing its activities under the ministry of interior’s certification since that year. In 2010, Imam Ali Society obtained a special consultative status in the United Nations, and became a member of the economic and social council of this organization, as well as a member of the general advisory board in 2018, which has introduced it as one of the active organizations in reducing social dilemmas at an international level.

Members of Imam Ali Society, including students and the general public, voluntarily participate in social and relief activities related to helping women and children in need. Imam Ali Society has formal offices in Sharif University and the University of Tehran, with an additional thousands active members in other universities across Tehran and other cities. The members of the society opened their first formal popular office in the South of Tehran and in Molavi area in 2006. It was named the “Iranian House”, so that it would serve as a symbol of the large step taken by Iranian students towards helping the development of Iran. Imam Ali Society currently has 44 Iranian Houses and 10 active representative offices in Tehran (in the areas of Molavi, Khak Sefid, Darvazeh Ghar, Lab Khat and Farahzad), Varamin, Shahr-e Rey, Ahmad Abad Mostofi, Shiraz, Mashhad, Tabriz, Isfahan, Kerman, Bushehr, Sistan va Baloochestan, Kermanshah, Sari, Gorgan, Karaj and etc.

Imam Ali society’s mission is to create a world based on peace and equality, with special care towards the vulnerable members of the society, especially children. Working towards this goal and after 20 years of activity and constant efforts and endeavors from the people of our country, around 6100 children from all over the country are now under the coverage of Imam Ali’s services in Iranian homes, so that they can change the face and reputation of their neighborhoods in the future.

Imam Ali society believes in encouraging and increasing public participation in social policies, and giving social functions to national-religious rituals in order to enhance the social and humanitarian status within the society. Individuals suffering from social problems such as poverty and addiction, child labor, bread winner mothers, children with special diseases, vulnerable girls and children charged with criminal activities are all under the coverage of the society’s programs. 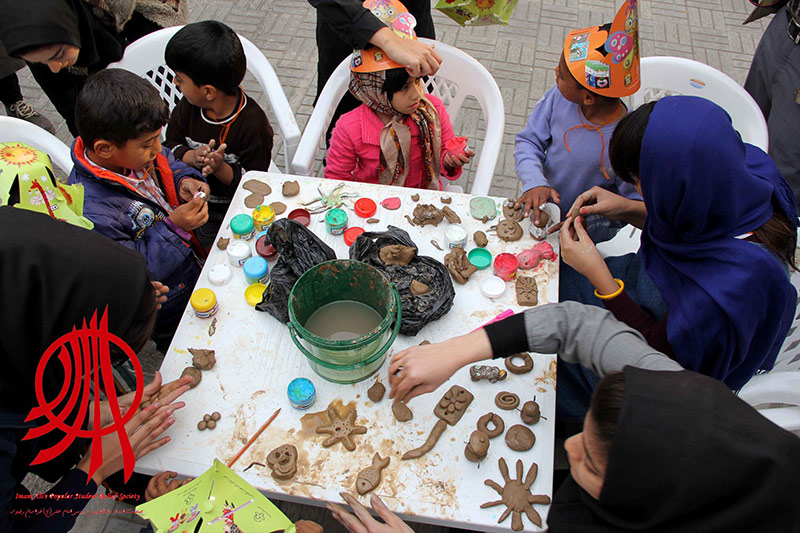 An overview of the society’s main activities can be summarized as follows:

+ The first specialized seminar on addiction and pregnancy – 11/2014