Sharmin Meymandinejad is the founder and initiator of the projects of the IAPSRS. Before 1999, he tried to revitalize morals of altruism in students by conducting “Self-Approach (‘’Rahyafti be Daroon’’) classes.

Then he proposed establishment of the Society and in 1999, with the help of like-minded students, he founded the IAPSRS at Sharif University of Technology as the first student organization in Iran which works on social problems. The organization was aimed towards systematic public relief aid and an emphasis on informing and guiding the society toward altruism and activities in this regard.

Since then, with the help of students, and following Meymandinejad’s speeches and also IAPSRS’ conferences and projects at universities, new members joined the organization.

Sharmin Meymandinejad is also the initiator of the “Self-Approach” classes at universities. In these classes topics such as theology, consciousness, mythology, semiotics, linguistics, psychology, metaphysics, and physics theory about the essence of the world, self-knowledge, hypnosis, self-hypnosis, and altruism are discussed.

The outcome of the first series of these classes were students who established the IAPSRS in an independent and intelligent way aimed at reducing social problems and helping disadvantaged people.

Meymandinejad holds a master’s degree in Dramatic Literature from School of Fine Arts of University of Tehran. Alongside his activities in theatre and collaboration in projects with the National Television, he also has a teaching background in theater and theater therapy as a professor at the School of Fine Arts.

He is also known as one of the prominent playwrights in the country, and many of his works were staged in various cities by people interested in plays. Meymandinejad has his own style of writing and has published several novels and play scripts. His latest work is a short novel called “The Death Museum” which has a social theme. 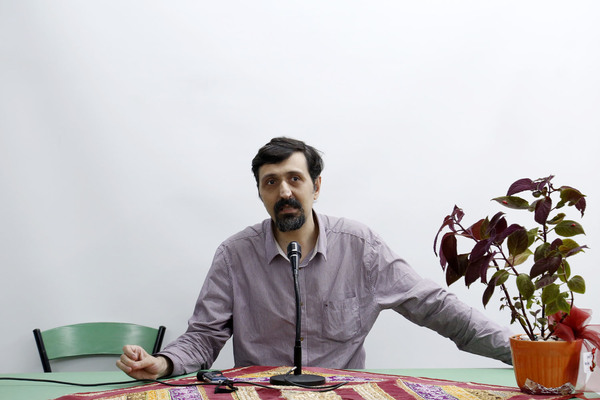 In today’s world, there are nearly 200 countries with different rituals, religions, traditions, races and languages. However I think that this world could be divided into only two countries, which are separated by very distinct boundaries.

Country of those who want the deprived children to stand in the streets, with a sympathy-demanding appearance to beg for money. They want the vast resources and the endless wealth of this planet for themselves, and do not intend to share it with others. They do anything to take these resources, and they easily remove anyone blocking their path.

With relieving their pain, we can enhance the beauty of this world and prioritize “being” over “having”.

One could easily distinguish between these two countries. The first one is made of money and wealth and is full of luxury. People wear sumptuous clothes and luxurious jewelry. The shine of their polished cars and their colorful dinner tables can make eyes go blind. This is the country of ease and possession. You do anything you want, and you have whatever you crave.

The other country’s wealth needs to be exploited, and that is the gem hidden in the oppressed look of starving children and the beauty of their smiles after being given some food. The smile of the shelter less people, when the kind hands of a fellow human being embraces them and gives them shelter.

There are many beauties in this country that could not be bought for billions of dollars.