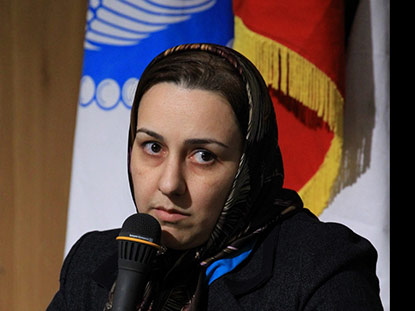 The people of the world in many countries, especially us in the Middle Easter, have been thirsting for peace for centuries.

For many years, the beauty of this region has been damaging, and today, more than ever, its inhabitants are victims of the hegemony that they have not played a role in it.

We are tired of foreign wars, civil wars, and conflicts, and want to live peacefully with each other and with our nature.

We want to have a chance to see the beautiful smile of our children and sing the hope and love song with them. However, experience has proved that some governments do not want this. Those who want to sell their weapons and buy happiness and prosperity only for themselves and perhaps their own people. Those who want all of the world’s resources are theirs. They are not afraid to deal on the blood of a Yemeni, Iraqi, Afghan or Syrian kid to fill their pockets and add on to their power. This is why many years of trying to make peace in this world have failed and children have paid this lack of security and tranquility in some parts of the world. No matter of their race, color, religion, and language, if they have one moment, these are the children who make friends, laugh and play. They do not understand the differences and do not authenticate excellence. They are the kingdom of heaven.

We are the people of the world, and now it is time to stop being only a spectator in this world full of poverty, war, and discrimination. We should believe in our role.

We are the people of the world, where in warlords and authoritarians’ dealings, our interests have never been considered.

We, the people of the world, want to be kind to each other; want all human beings to have food, drinking water, health, and useful training. We want to put an end to human displacement and begin a new era of democracy with a great role of nations.

Democracy, in which the hollow ballot box is replaced by solid, just, and rightful presence of every human being along with the distressed people.  And all individuals have a determined function for achieving peace and justice.

NGOs as well as peace and justice activists are now a major source of hope in the world to achieve peace and friendship among all human beings.

You can also contemplate your plan, believe your own role and start your activities today for putting a step forward to peace.

Each step in reducing poverty, discrimination, and intimidation may save a child’s life and make the world a little more beautiful.